I went to bed Friday night with plans to tackle all sorts of home related tasks the following day. The weather had been mild all week so I was toying with the idea of taking down the Christmas lights and making a run to the scrap yard to get rid of my dead hot water tank. The sounds of plows going by the house around 5AM Saturday morning changed all that. I guess I need to start checking the weather reports as I was totally unaware that five plus inches of snow was scheduled to fall from the skies. You won’t hear me complaining but my wife on the other hand….

Like all other good Central New Yorkers we ignored the weather and went about our usual weekend errands which put us in the path of some plows of various varieties.

Hitting the roads shortly before Noon we passed plenty of trucks heading back and forth along their routes and more than a few heading back to their garages for shift changes. This Onondaga County DOT Volvo was busy make a loop near a busy shopping center.

Nearby the private contractors were at working dodging shopping carts and shoppers alike while keeping the parking lots clear. This large Michigan L120 was more than nimble enough for the narrow aisles.

This loader works together with a smaller Volvo, a Ford F-650 and one bad looking Oshkosh. I was hoping to see the ‘Kosh running around but you probably have to stop by early in the morning or late at night to see it in action. Maybe someday.

While the wife was getting her nails done I traveled up the street to another shopping center to check out the action. I was greeted a smaller version of the Michigan (maybe Vovlo) loader I had just left. Three other Michigan/Volvo loaders were in action at this location. They must make good snow machines.

By the time we returned home the sun was shining and the main roads were clear and starting to dry. I captured one final shot for the day when the village truck passed by the house. It has a nice engine brake, maybe someday I’ll capture it on video.

No need to wait for the loaders, here they are in glorious HD. 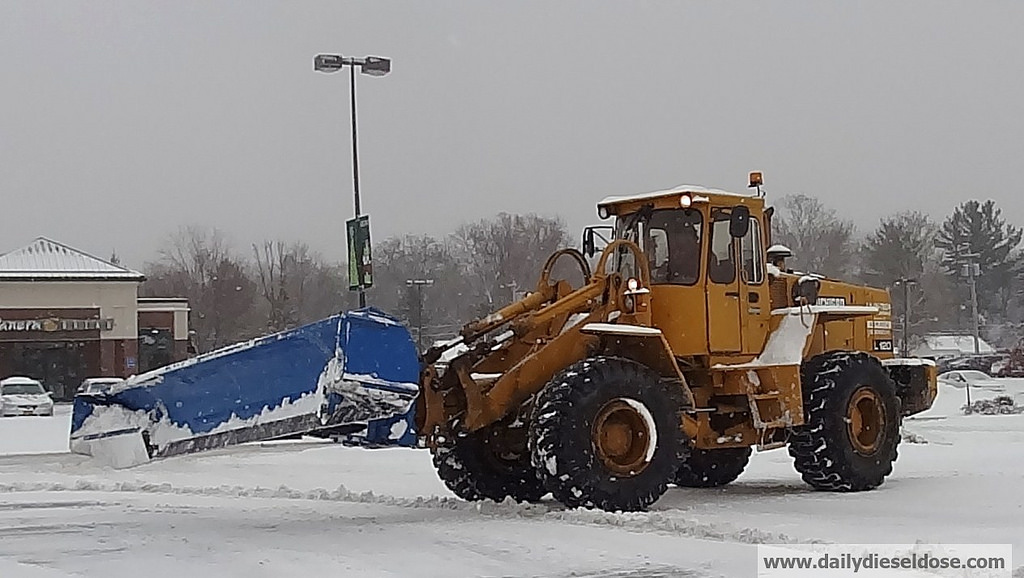 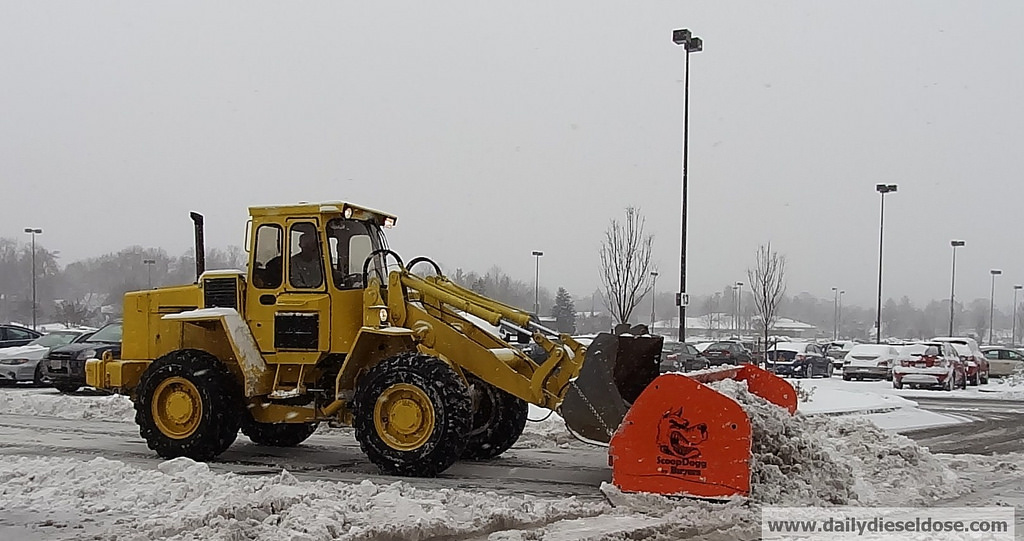 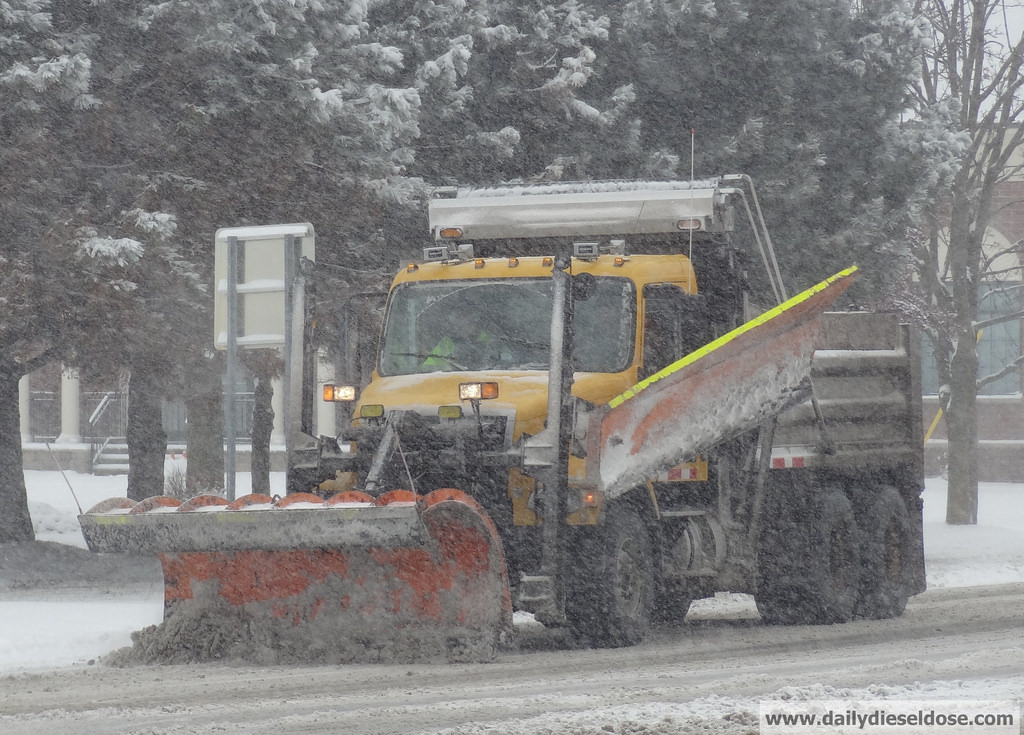 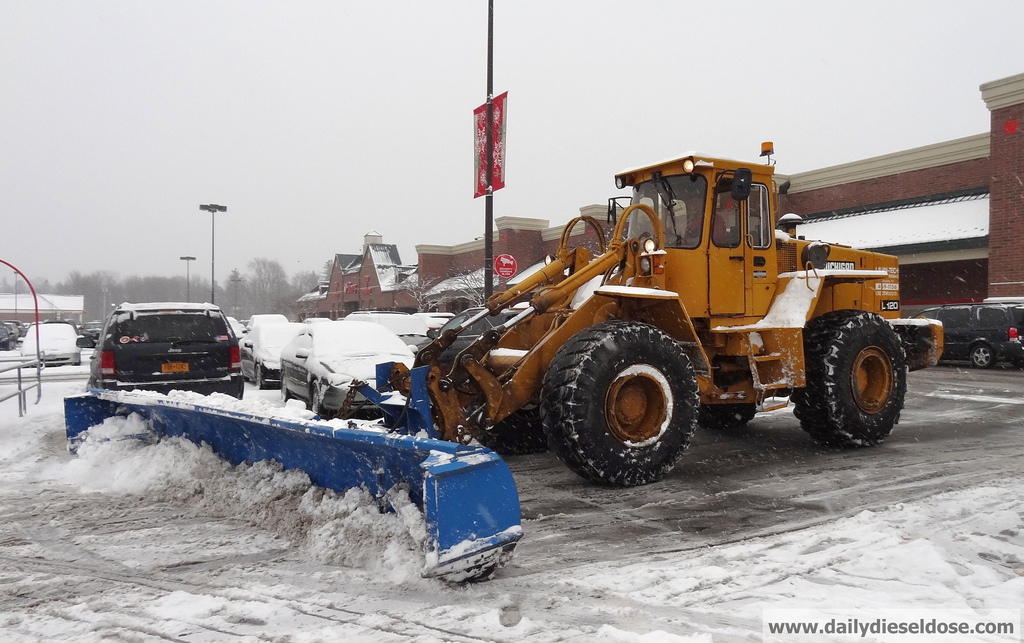 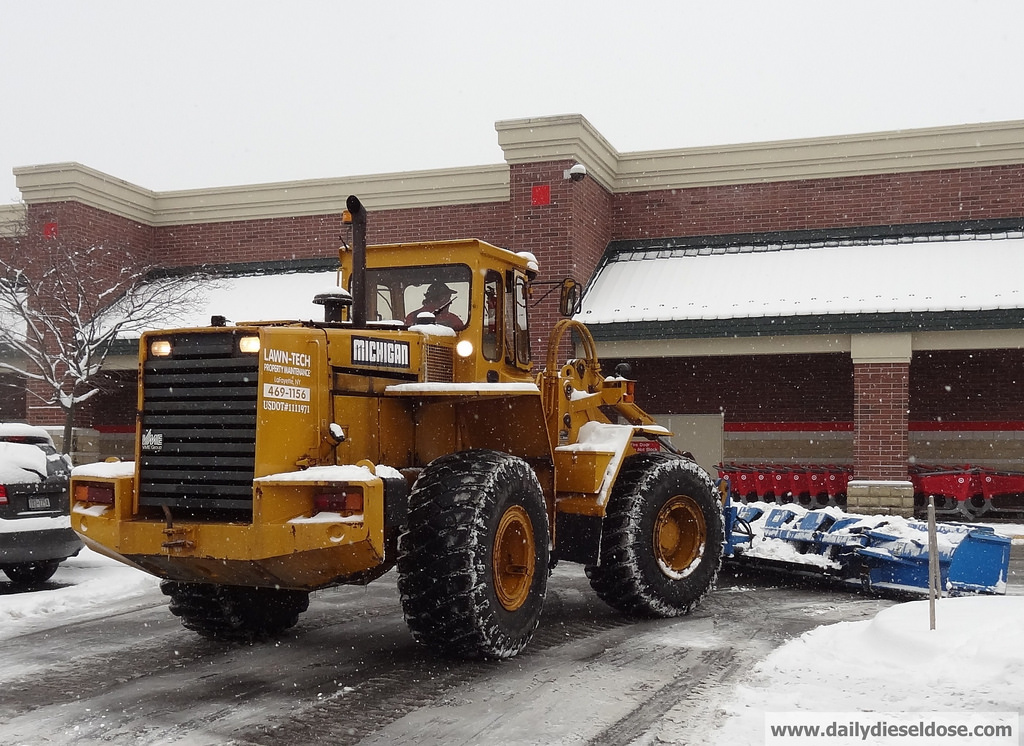 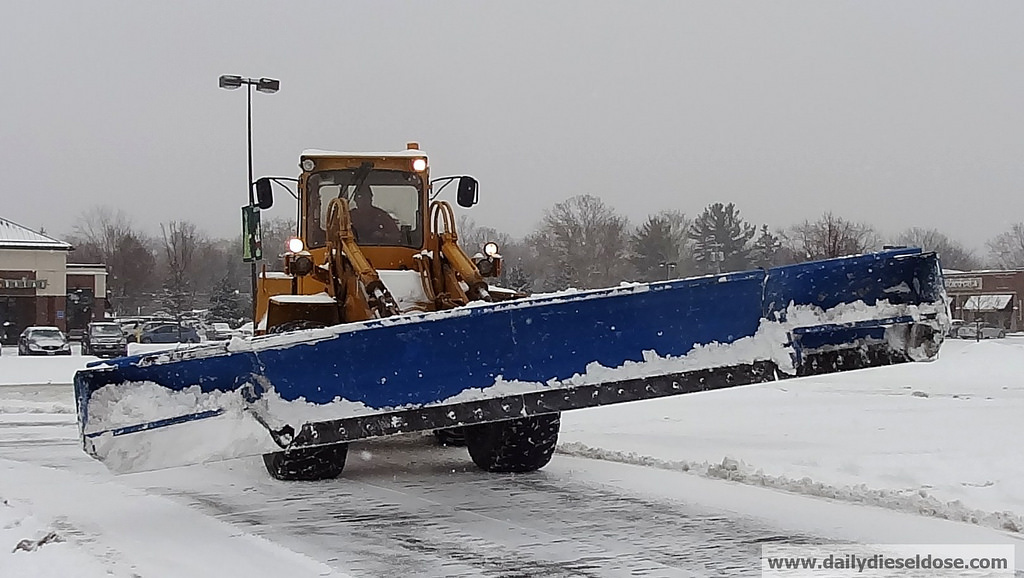 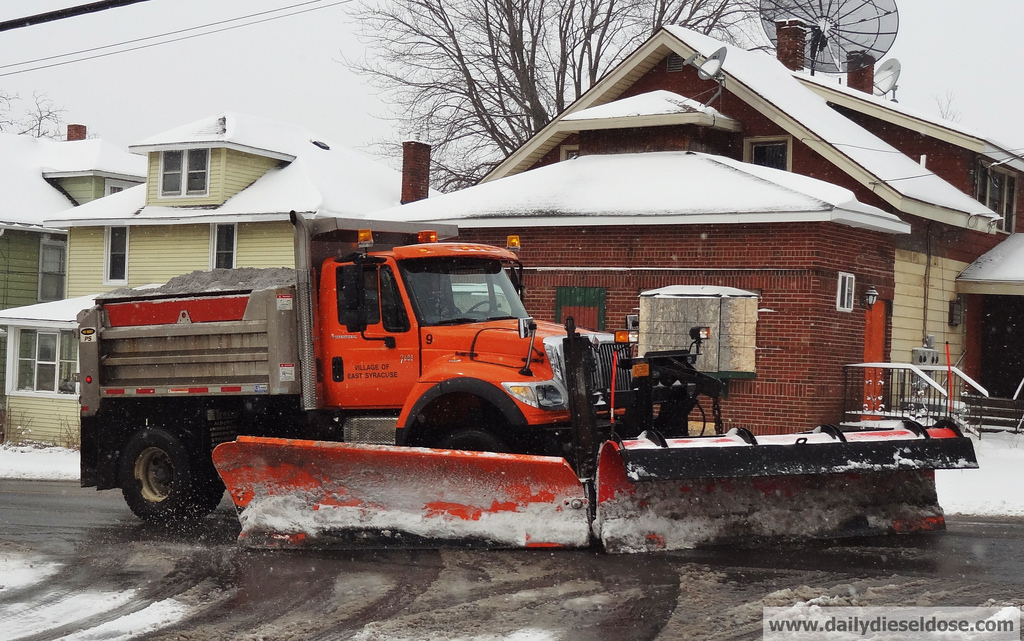 [Show picture list]
This entry was posted in Snow Plows. Bookmark the permalink.