Disappearing Before Your Very Eyes

Last summer the west bound lanes of I-690 were completely demolished right down to the very core. Despite the massive amount of heavy machinery involved I covered very little, if any, of the action. I figured I could atone for my sins when the work moved over the east bound lanes the following year. Well, here we are! Just a few days after traffic was diverted to the newly finished lanes demolition began in earnest. Unlike the other side of the highway the east bounds lanes of have plenty of good gawking spots to catch all the action. 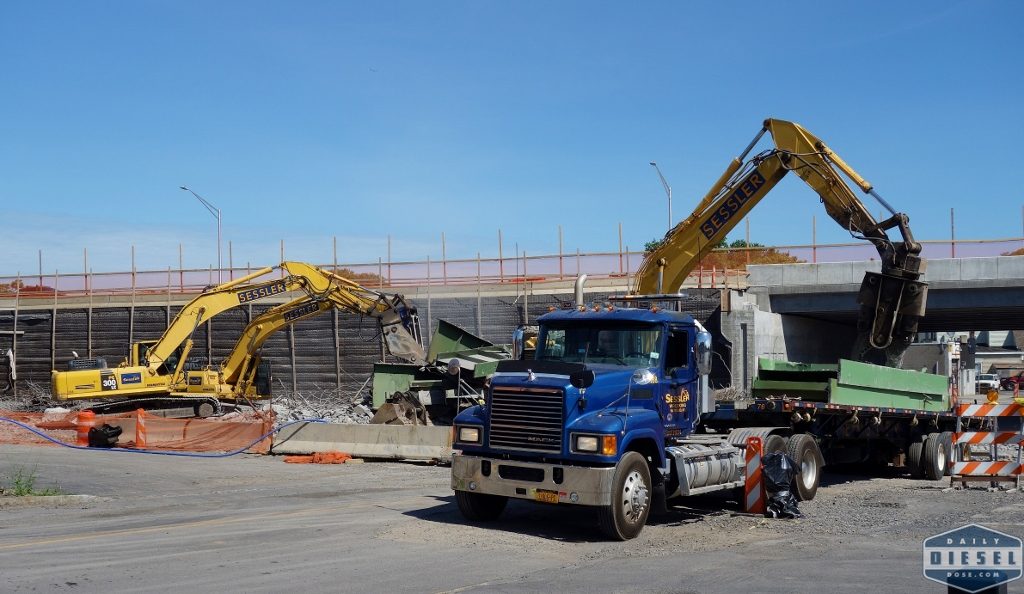 It has been just about a week and the rate at which crews are tearing through the elevated portion of the highway is highly impressive. No sooner has a bridge beam been brought to the ground than crews begin torching it to predetermined lengths. Once the beams have been cut they are loaded three to a flatbed and hauled off to the scrap yard. This cycle repeats over and over while other machines busily crunch away at concrete supports and tangled mess of rebar……as the video below will show you.

My lunchtime visits have been well timed. I’ve arrived within minutes of the deck beams being leveled two out of three visits. What more can you ask for?

[Show as slideshow]
This entry was posted in Heavy Equipment, On the Job and tagged sessler wrecking. Bookmark the permalink.