This past summer I spent some time in Pennsylvania Dutch Country. One day the wife and I decided to visit the local roadside attraction of Crystal Cave. The idea of enjoying a simple road side attraction of days gone by while relieving the memories of Howe Caverns seemed like a great way to spend time. I’ve never considered myself to be a claustrophobic person but standing in the cavern with a group of strangers while watching the only exit fade away in the distance awoke an uneasy feeling in my mind. It was fascinating to view rock formations that have been 500,000 years in the making. It was less fascinating to be standing under a jagged looking fault line in which the earth nearly flipped itself over shearing the cavern in two a few thousand years ago. I’m glad the tour stopped for a good solid five minutes at this spot. It really gave my mind a chance to come up with some pleasent scenarios. Needless to say I was at the front of the line to leave the cave and rejoin the sane people who walk above the earth and not below it. 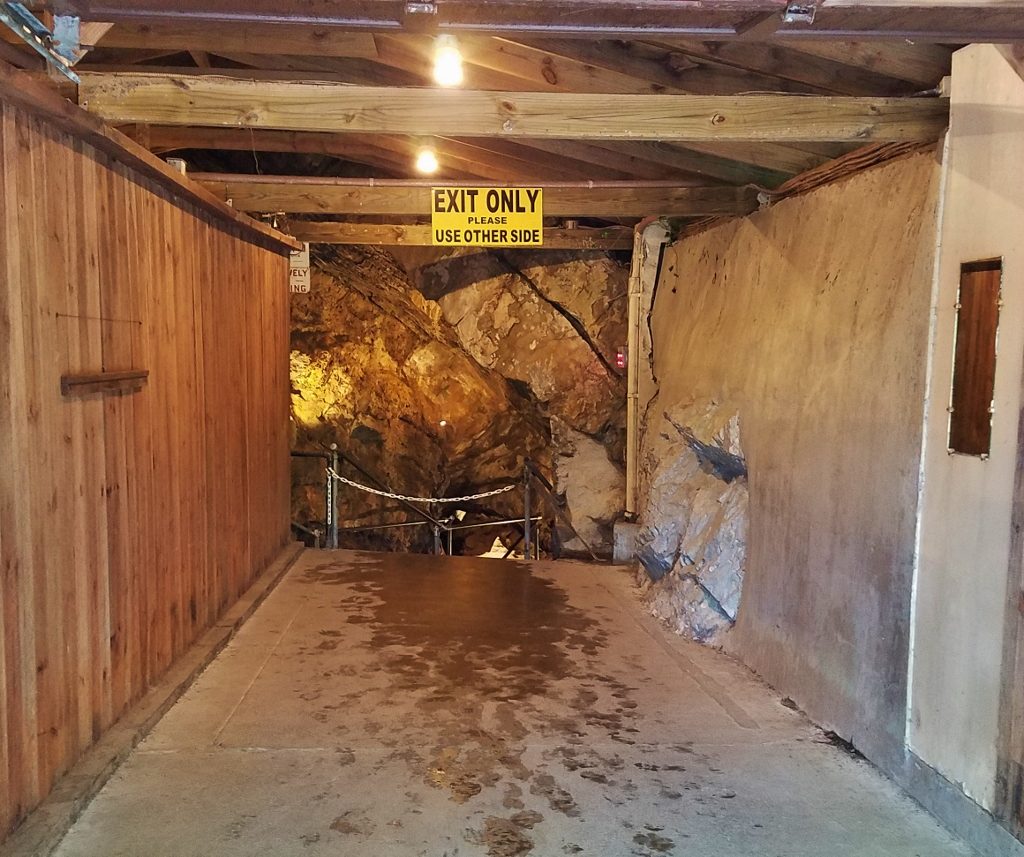 Maybe I would have felt a tiny bit better if I knew there was some other way out of the cave in the event the primary exit was lost. Even this old GMC would have calmed my nerves. Bobby sends in shots of a 1983 GMC 7000 that acts as the emergency hoist truck at the zinc mine where he works. This truck only has 7,000 miles on it and is still wearing the original tires it had on when it was purchased new at Briden Chevrolet. The truck is powered by a 427 connected to a 13 speed. The Timberland hoist on the rear is powered by a White 4 cylinder diesel. 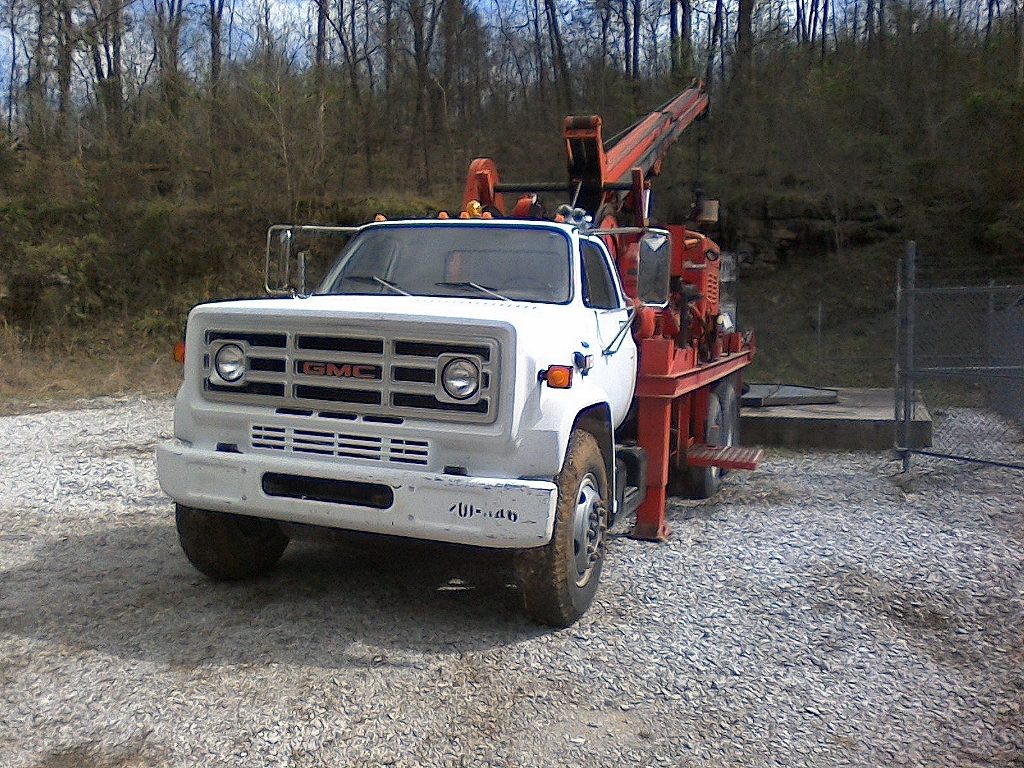 It might not seem like much but when this truck is possibly your only way out of 1,500 deep hole in the ground you’ll be thanking your lucky stars it was around. 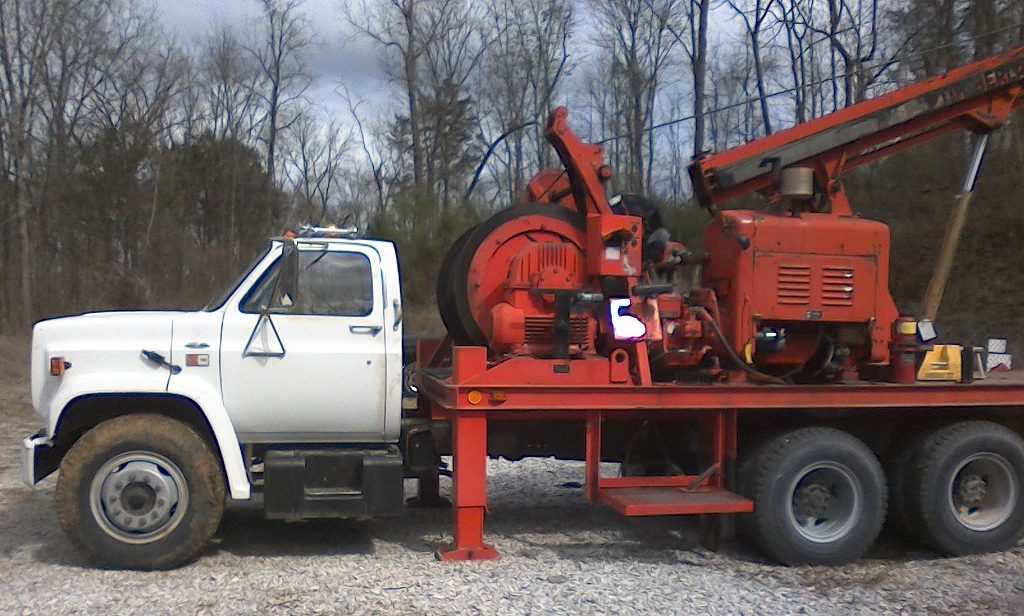 Seeing this truck makes me think back to the emergency that took place at the Morton Salt Mine under Cayuga lake two years ago. If you recall a crane had to be called in when the elevator that carries miners to the surface broke on the way up. Click here for more.

Thanks for sharing Bobby!

This entry was posted in Still Working and tagged gmc 7000, zinc mine. Bookmark the permalink.