Walt the Crane became an immediate fixture in the Syracuse skyline from the very first day it grazed the clouds of the Salt City. His arrival was long foretold and his presence seemed permanent. But yet, he is gone. I was wandering around the deserted streets of the city last week during lunch when I spied these two trucks from AmQuip threading their way to the dome. 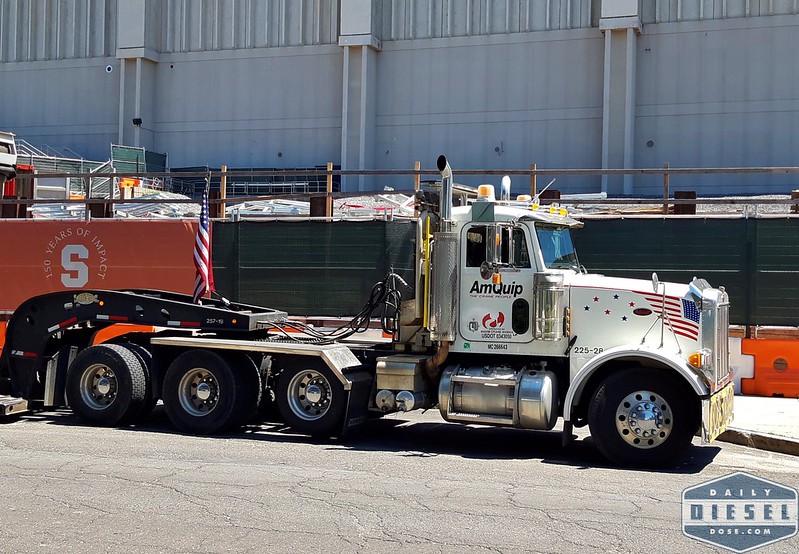 I tailed the pair all the way up to the Dome. I almost caught them a time or two but was undone by unwillingness to run while wearing a shirt and tie. 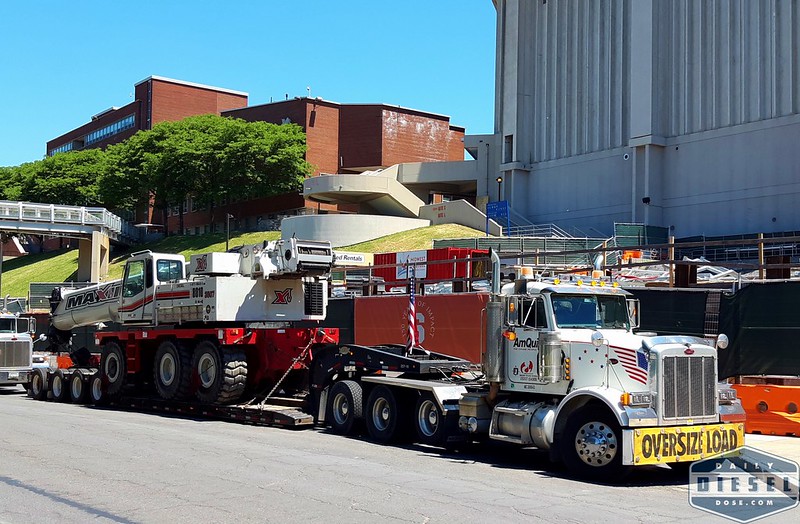 The crane convoy really broke away when I had to make a detour to avoid a completely naked man standing on street corner. The police quickly arrived and without much prompting convinced the man to take a free ride to the local hospital he presumably wandered out of. 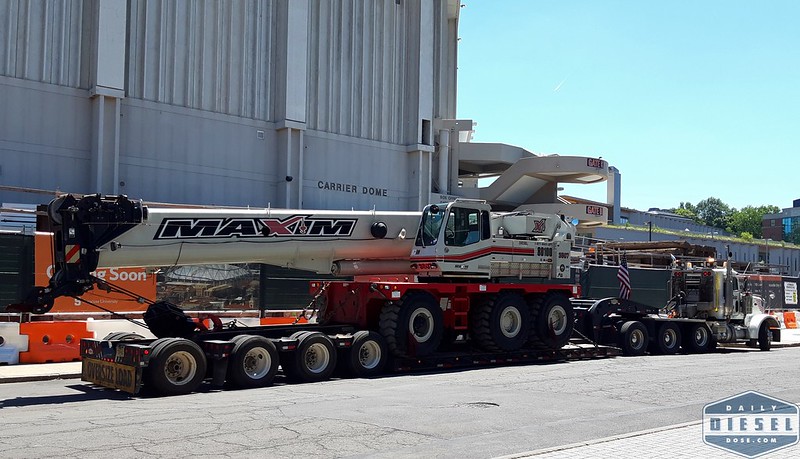 Once I caught up with my pray I was shocked to see Walt was gone. I knew he was gone before I got there but it seemed like he snuck out overnight. He certainly left town without any of the fan fair he received when he arrived. I can’t help but think I should have spent more time up at the dome over the past year. The project underway is truely generational in its scope and scale. 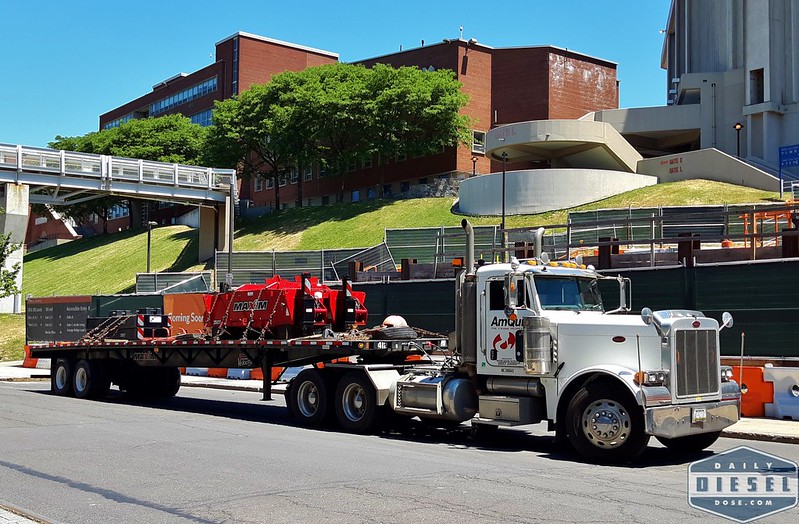 My buddy works for a local recycling company that is charging 2,000 dollars a trailer load to get rid of the used crane mats that were on this job. I’m not sure if all the mats they are grinding came from this job or another big project replacing high voltage transmission towers but either way it shows that recycling works….if you’re the one getting paid!

This entry was posted in On the Job and tagged amquip, walt the crane. Bookmark the permalink.