Well, my fascination with the Liebherr LR11000 mega crane towering over the Carrier Dome has cooled somewhat in the past month. Yes, I still stare at it during my drive to work and that probably won’t stop until I rear end someone but daily walks up “the hill” don’t seem as fun anymore. While my love isn’t what it used to be the SU students have stepped in to fill the void. Within days of classes resuming an Instagram account was established under the name of Walt the Crane. Walt already has 3,530 followers and a line of merchandise. Guess I missed the boat on that one. 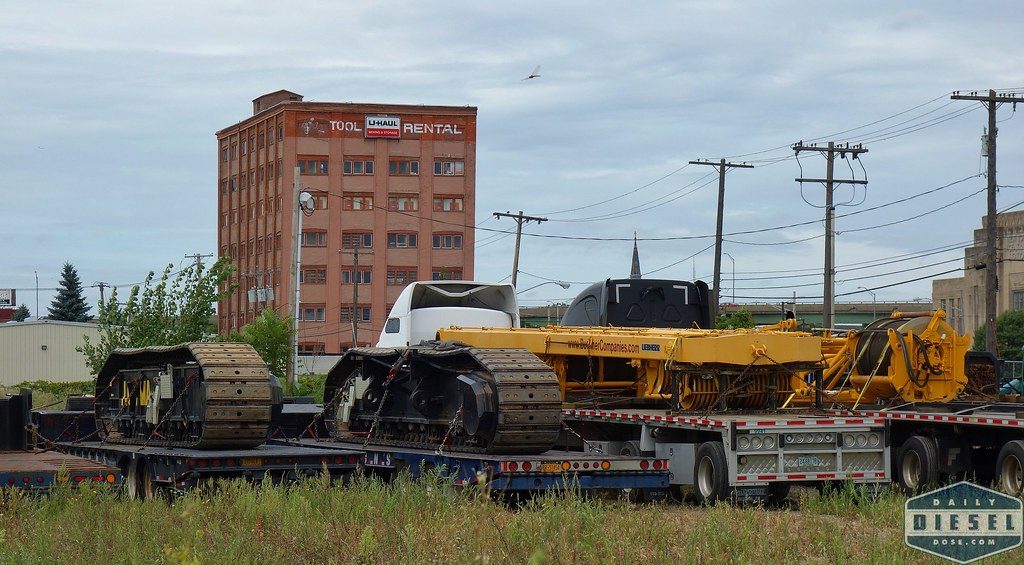 Walt has now been joined by a “smaller crane”, an LR 1750 that has taken up residence on the other side of the dome. They are the newest power couple in town. Here we see the Son of Walt when he was nothing more than a set of tracks and some boom pieces.

Make sure you stop by this section of Cuse.com for a live video stream, photos of crane assembly and more. It by far eclipses my lazy coverage.

This entry was posted in Heavy Equipment and tagged liebehhr lr11000. Bookmark the permalink.