While cruising around this past weekend hoping to find some good snow clean up action I happened to spot this Yale working away at the Regional Transportation Center. It was fairly far off in the distance and I almost did bother to turn around for a closer look. I’m glad that I did as it turned out to be Detroit powered. Yes, an officially plated government vehicle that is not in the military still rocking a Detroit in 2018. Shhh, don’t tell anyone or it will be replaced with a hydrogen powered hybrid electric Chinese made paper weight. 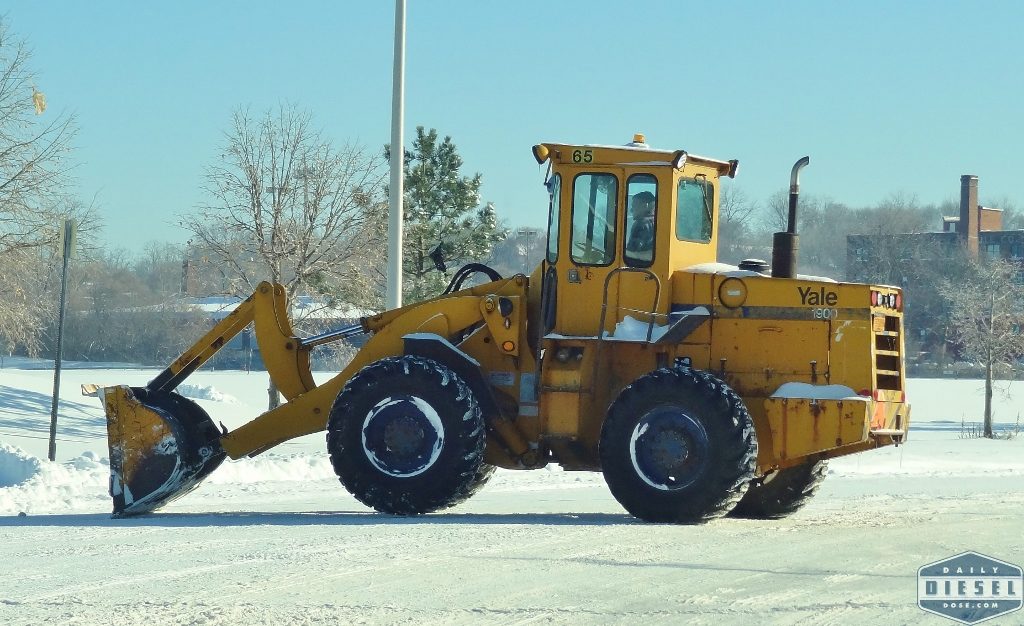 Yale loaders were built in Batavia, NY back in the day by Yale and Townsend Manufacturing Company, the very same company that also made the Trojan line of loaders. For one reason or another you see many more Trojan loaders out there than Yale which is strange if you stop and think about it for too long. 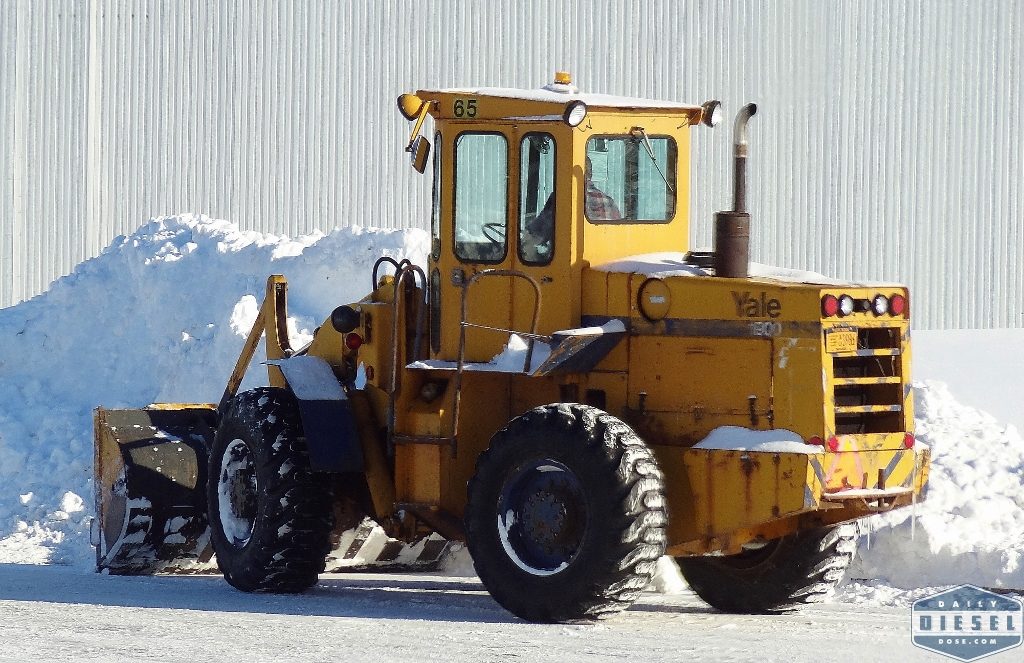 A yellow machine with blue hubs screams NYSDOT hand me down. Now that I know this loader is here you can bet I will return for future glimpses. We might have to wait awhile as the final weeks of January are forecasted to be warmer than usual. Until then, a teaser video.

This entry was posted in Still Working and tagged wheel loader, yale 1900. Bookmark the permalink.