It was just about this time last year when a massive GE built generator passed through the area on its way to a new power plant in Pennsylvania. During that pull at least six heavy haul Kenworths labored to push and pull the load up the steep hills of the Cherry Valley Turnpike. If you’ve forgotten, click here to reminisce. Anyway, maybe so many trucks wouldn’t have been needed if one or two M-1070 has been put to use. 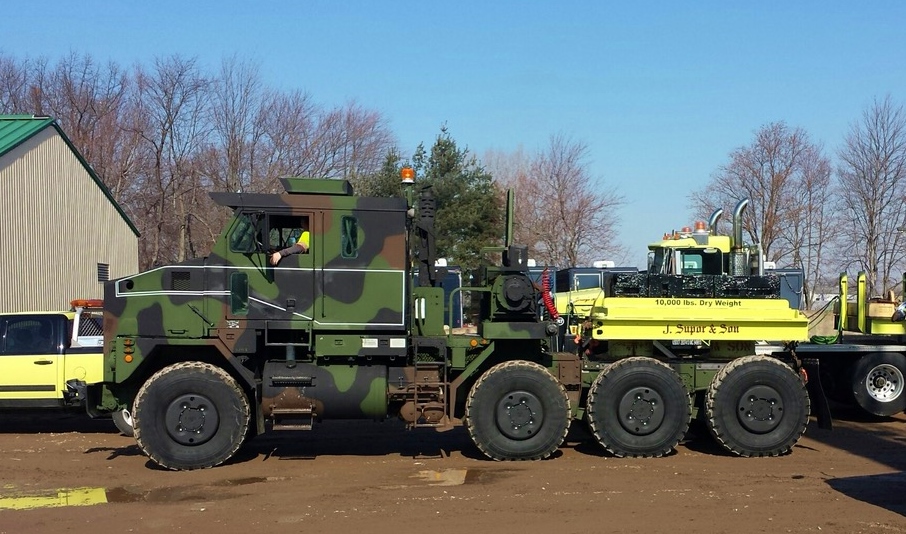 Hugh sends in these photos of some equipment used by J. Supor and Sons as they recently moved a similar GE turbine load through the countryside. The M-1070 is the primary tank mover of the United States military and many other members of NATO. Powered by a Detroit Diesel 8V-92TA it would have been awesome to witness this beast lumbering through the hillsides. A real treat for the ear holes too.

Now this Kenworth might just look like your typical heavy spec model but Hugh tells us the steering is actually on the right side of the cab. Things that make say hmmmm. I wonder what that is all about? Possible Australian import? 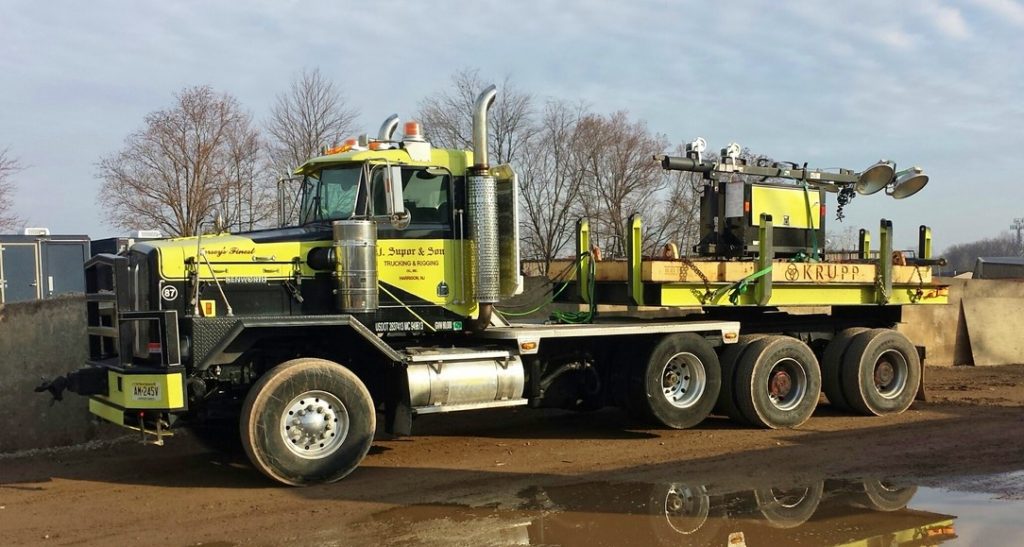 Do these color combos seem familiar? They should. Dan shared some shots of a Supor truck seen at job in Buffalo in a few years back. Click here to revisit

Thanks again to Hugh for sharing these photos with us. It makes me wish more heavy loads would pass through the area once in a while.

This entry was posted in On the Job and tagged oshkosh m-1070, supor and sons. Bookmark the permalink.