I haven’t watched Ice Road Truckers in a few seasons now so correct me if I’m wrong but did any of the major characters ever break through the ice? It was certainly suggested that they would before ever commercial break or in the teaser for the next episode. It’s probably better that it never happened and after watching the recovery of this little Toro Groundsmaster I can’t imagine what it would take to get a half sunk truck out of a frozen lake. 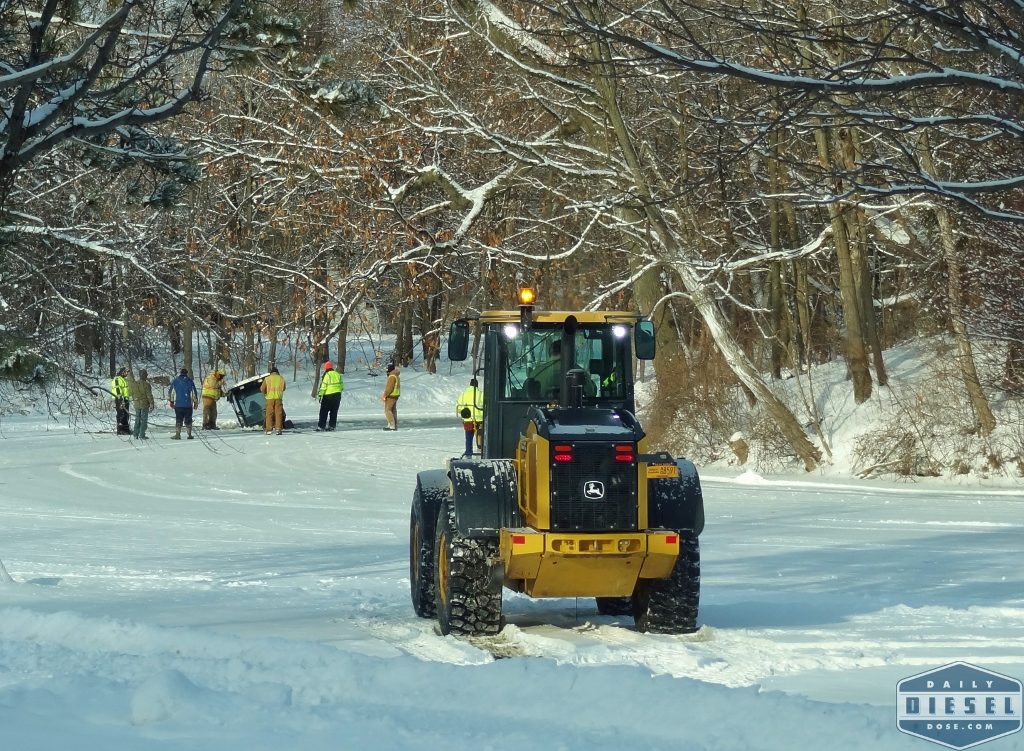 There is little pond in the center of Fayetteville, NY that is used for ice skating when the conditions are right. A week of single digit temperatures have setup some good ice but apparently it wasn’t thick enough in one spot just yet. While clearing snow from the surface the the Toro broke through and nearly sank to the bottom. In all fairness it probably did, the depth of the pond can’t be more the six feet at its deepest point. 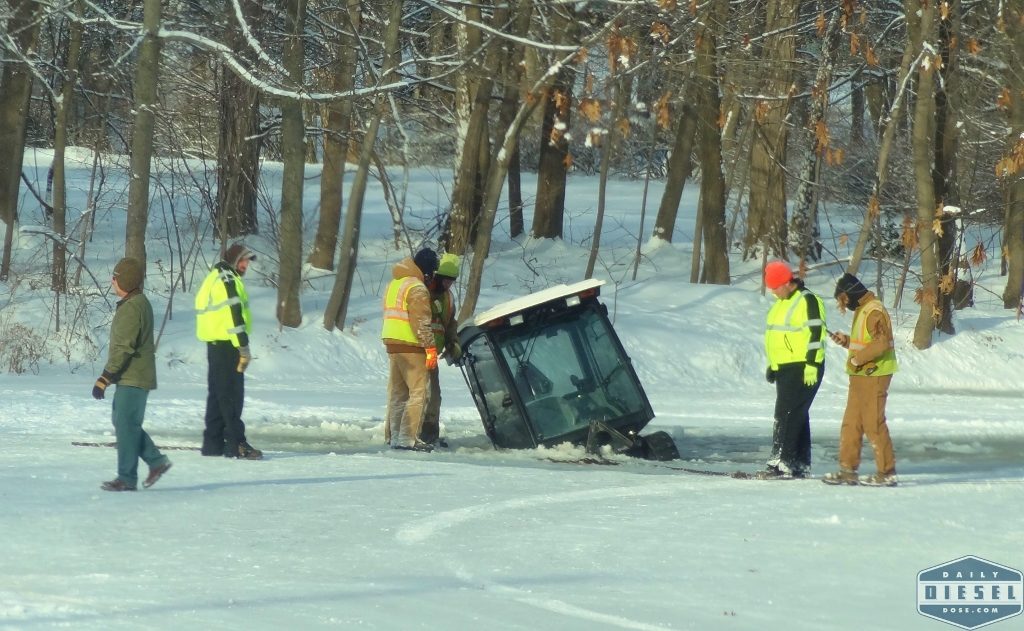 I stopped and watched as the DPW crew attempted to pull the little machine out from the hole by wrapping a length of chain through a pulley around a large tree. The loader didn’t have enough traction to work the machine loose and the angle was too low to the ground to get any real leverage. Moving the cables higher into the tree seemed promsing for a bit but eventually failed to free the Groundsmaster.

When brute strength failed it became apparent that working smarter not harder was going to get this job done. Using chain saws a channel was cut through the ice to the shore line. Heavy timber beams were used to break up the ice and allow the machine to be winched to solid ground. 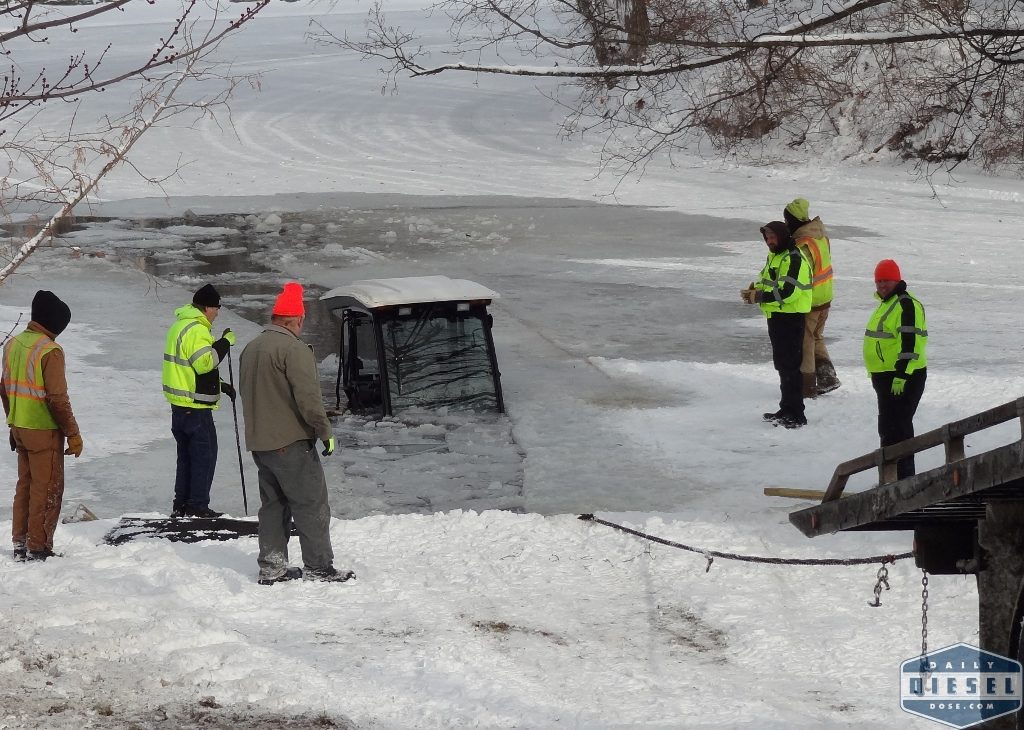 Needless to say if you see this unit come up for sale at auction pass! pass! pass!

By the way, did I mention it was 7 degrees outside?

[Show as slideshow]
This entry was posted in On the Job and tagged fayetteville ny, toro groundmaster. Bookmark the permalink.