The shoe that has been hanging for nearly a decade finally dropped last week when Traton announced it had reached a deal in principal to acquire the remaining shares of Navistar for 3.7 billion dollars. Previous purchase agreements were always under the specter of failure by Carl Icahn, billionaire investor and majority shareholder, who has resisted offers he believed to be too low. Traton is one of the largest commercial vehicle builders in the world that has yet to establish a foothold in North America. The purchase of International will now allow it to compete with fellow competitors Daimler and Volvo.

While the International brand is likely to continue on it will no longer be a truely American owned company.  At the height of its power International was truely one of the world’s greatest manufacturing concerns. It produced leading products in trucks, farm equipment, construction and mining equipment, heavy duty engines and even light consumer products. And of course, who could forget about their pickups and 4×4 vehicles.

Over the decades poor economic fortunes, misguided technologies, and the retreat from global markets reduced the company to a shadow of its former glory.

Only time will tell how this deal will unfold by as you can see by this stock DDD photo, the VW logo is a natural fit on older International models. 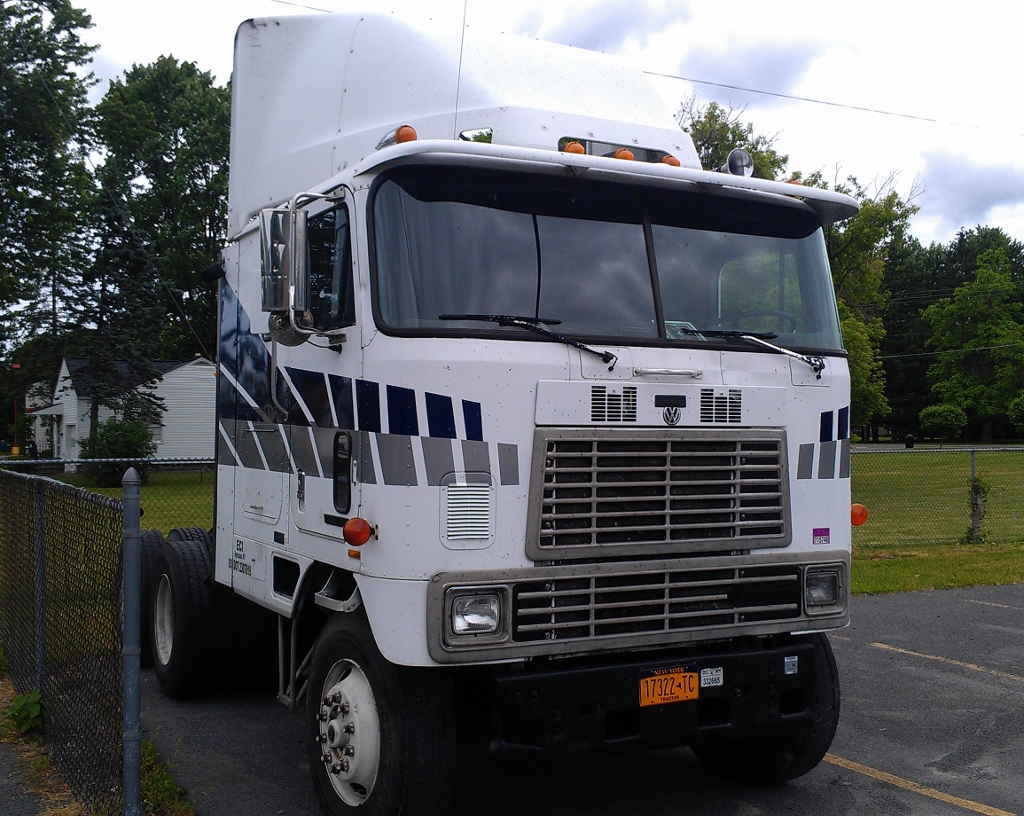 This entry was posted in Industry News. Bookmark the permalink.