Yesterday Hino Trucks unveiled their first ever truck designed specifically for the Class 7/8 truck market. For those not up on their industry jargon this is the heaviest class of commercial trucks found on the roads of North America. Behold the Hino XL 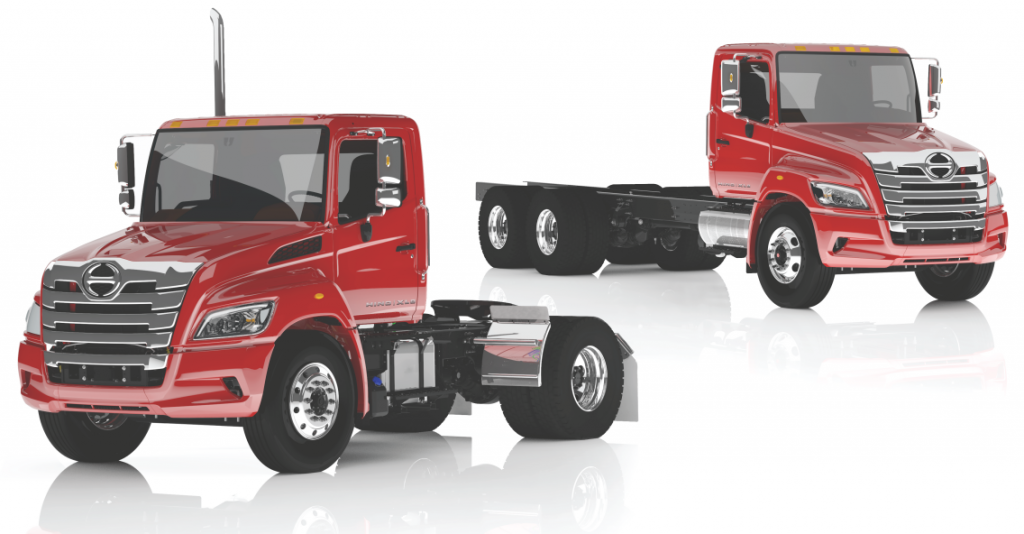 The XL is powered by the Hino A09 turbo diesel which is capable of producing upwards of 360 HP and 115o foot pounds of torque. A variety of Allison and Eaton transmissions are available as well various rear ends setups from the likes of Hendrickson and Haulmaxx. Standard driver comfort features such as A/C, cruise, steering wheel controls and LED lighting are standard. The XL begins production in 2019 at the completely refurbished Hino plant in Mineral Wells, West Virginia.

Hino is globally recognized at the 3rd largest commercial vehicle producer and the fastest growing truck builder in the United States. (source)

Hino, International, and GM are just a few of the manufactures to announce new or totally revamped products at the Work Truck Show which seems to be a growing trend for this event. In the past the Mid American Truck show played host to such announcements but that seems to be a thing of the past now that the major players have decided to only show up every other year or less.

In the realm of the new truck world I think this is decent looking rig. I also like that is built in West Virginia, a state that Hino has invested heavily in for decades. They have been slowly plugging away at building quality vehicles and adapting to the U.S. market. The stage now seems to be set for solid growth and success. Guess it takes more than four years to get a truck off the ground eh Caterpillar?

The International MV and the new Chevy/GM heavy duty 4500/5500 series.