GM has been out of the medium duty game since the great recession. That was the last time you were able to buy any truck from the general in the class 4, 5 and 6 segment. At the time the move made financial sense as competition from heavy truck builders was increasing, the economy was imploding and cross town rival, Ford, has already bowed out of the ring. The years rolled on and times changed as they have a habit of doing. Soon Ford returned to the mix along with a reinvigorated Ram brand. Suddenly a medium duty truck made sense again. But designing a platform from scratch was an expensive proposition so GM turned to Navistar for help. As it so happened Navistar was fresh out of relationship with Ford building F-650 trucks at their Blue Diamond factory in Mexico and looking for a new partner. It was announced in 2015 that the GM and Navistar would work together to build a new truck platform that would be sold by both companies through their respective dealer networks. 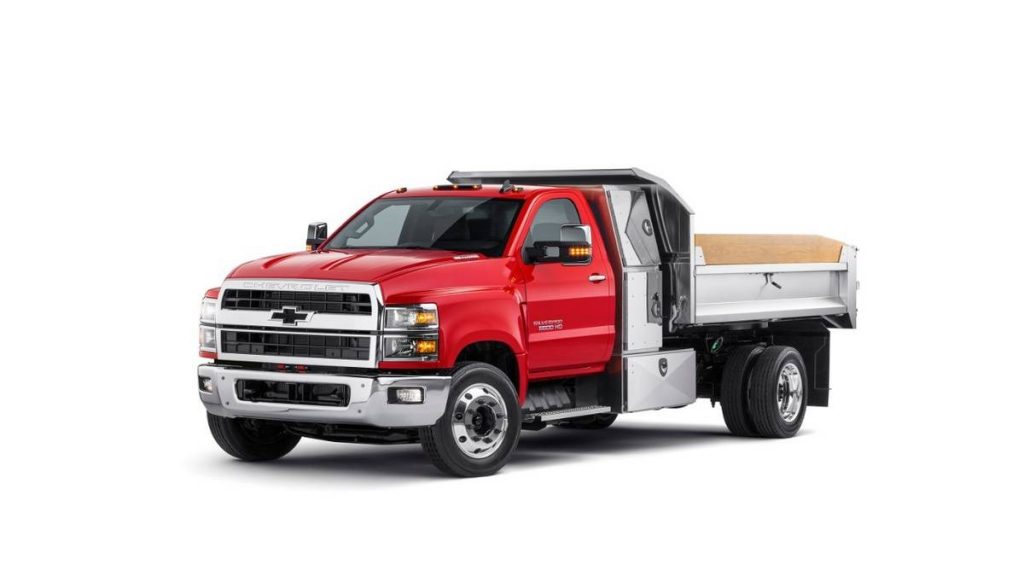 Well there it is folks, the new Silverado 4500/5500. Not half bad when you consider how small trucks look when inflated to the breaking point. Not half bad when you consider how big trucks look when they are micronized down two or three class sizes. As one would expect a Duramax resides behind the bowtie with various Allison options for the transmission department with four wheel drive options also available. GM executives hope to have a market share of new 30% largely at the cost of Ford and Ram. This new expanded Silverado will produced at Navistar’s Springfield, Illinois plant.

So the big question….when does the International version show up? When it does I’m fairly certain it won’t be packing a Duramax.

This entry was posted in Industry News and tagged silverado 4500HD. Bookmark the permalink.