I was passing through the Inner Harbor part of town two weekends ago when I was caught up in a convoy of dump trucks. I followed them about a block until they returned to a large pile of dirt that was slowly being dismantled by some Liebherr equipment. I stopped in a nearby mall parking lot to watch the action and take a few shots.

At one point I noticed or more accurately heard that one of the Ford dump trucks was Detroit powered. I hung around to catch a video of it leaving and that’s when my presence was noted by the people monitoring the dust devices. They kept staring and pointing so I figured it was a good time to leave. In case you’re wondering this massive pile of dirt was once contaminated by decades of petroleum leaks as this section of town was known as Oil City. Bacteria with a taste for oil products was used to clean the soil to a level acceptable for use as fill per DEC standards. While not the exact pile noted in this story the concept is the same. 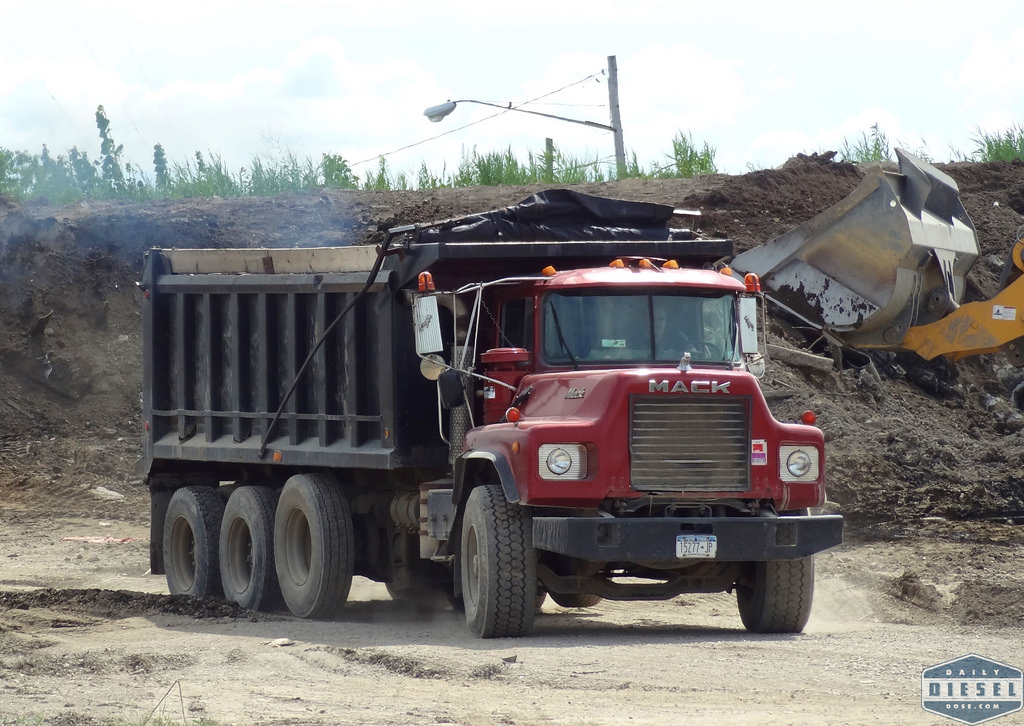 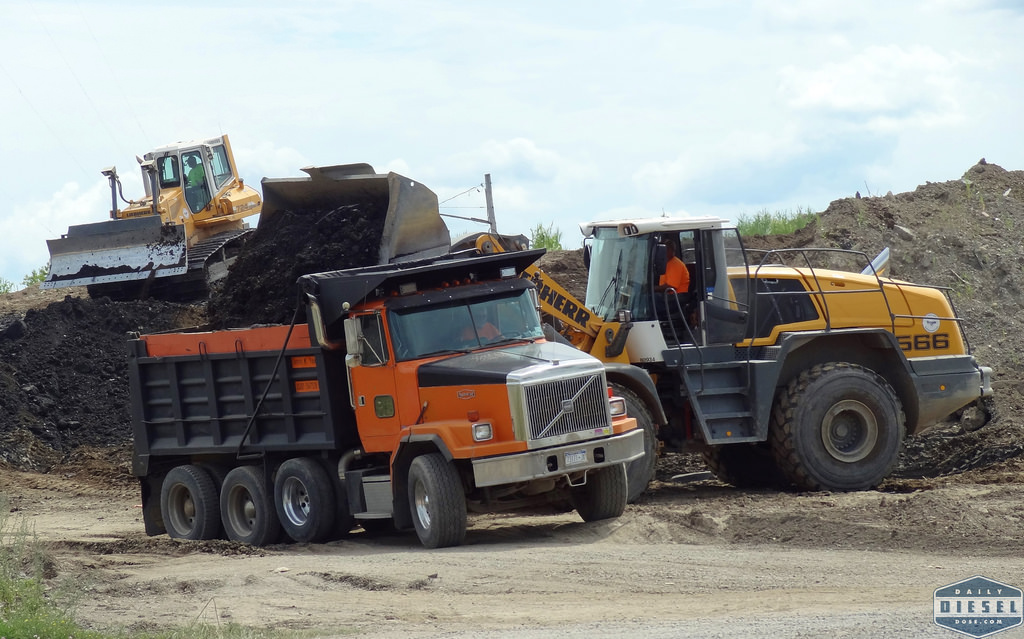 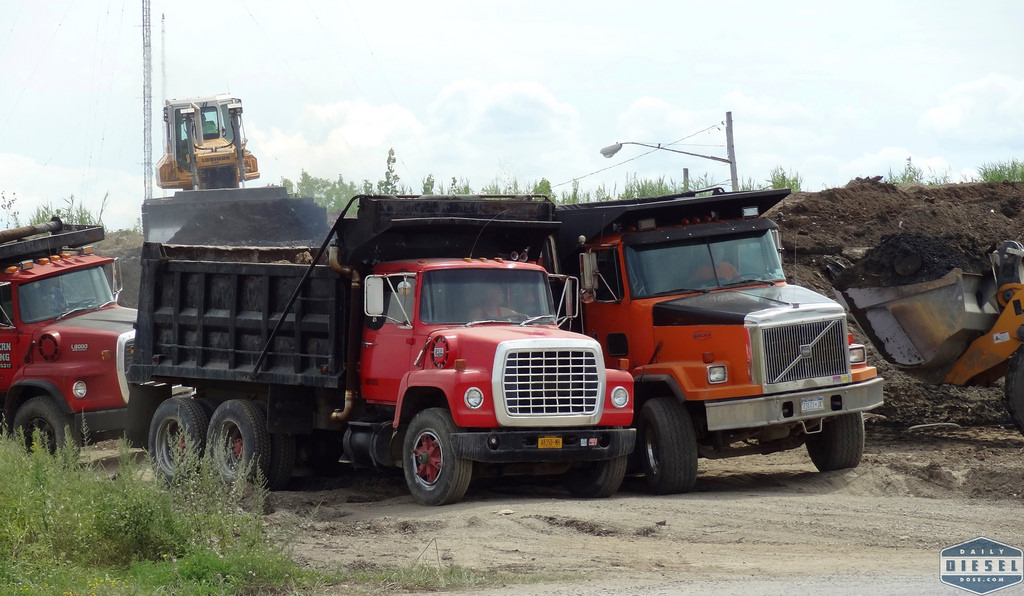 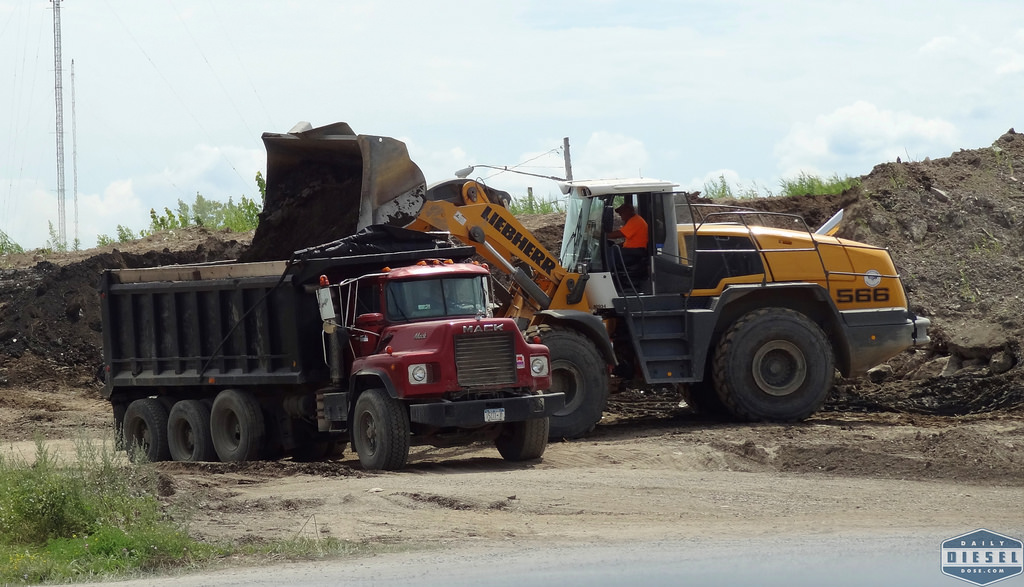 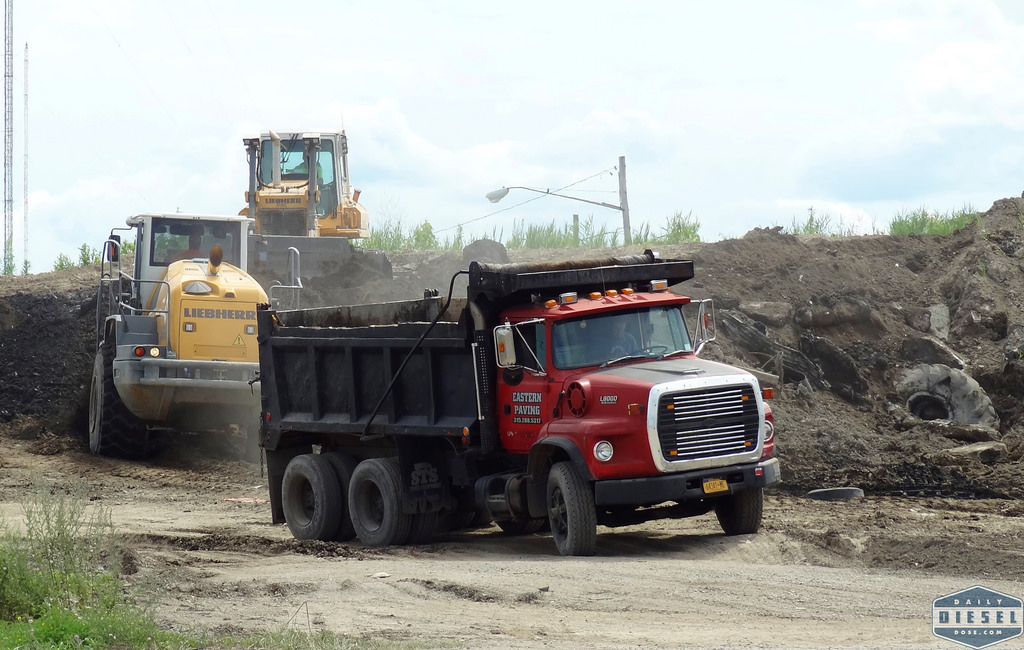