Looking at all of the plows from the other day it crossed my mind that I have been sitting on a few other rigs from months ago that I should probably share before it’s too late. Back in March (Yes, that is what March looks like here) the Town of Vernon sold their 1986 Mack RM6884X. The truck had the Mack E6 and an auto transmission. With a 10 foot front blade and an 12 foot wing this truck felt right at home in the hill country. When all was said and done someone picked up the beast for 13,300. Not too bad. 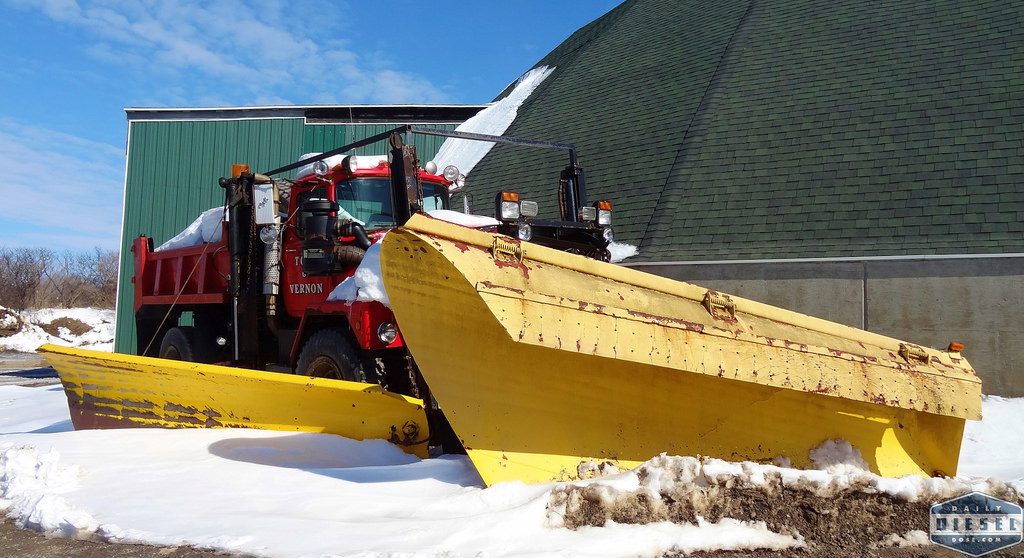 Late last month the Town of Manlius Highway Department held their annual open house. This Paystar 5000 with Frink V-Plow was the highlight of the fleet. As I’ve mentioned before you would be hard pressed to find a better cared for fleet in all of Upstate, NY. 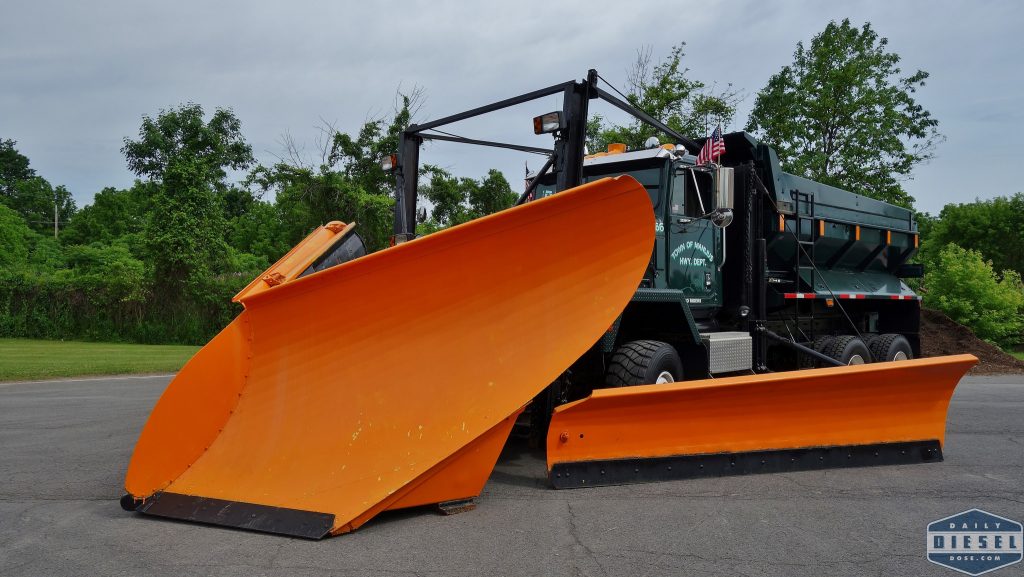 Once upon a time the former super star of highway departs across the state was the Ford Louisville. The Village of Chittenango is still sporting this L9000. 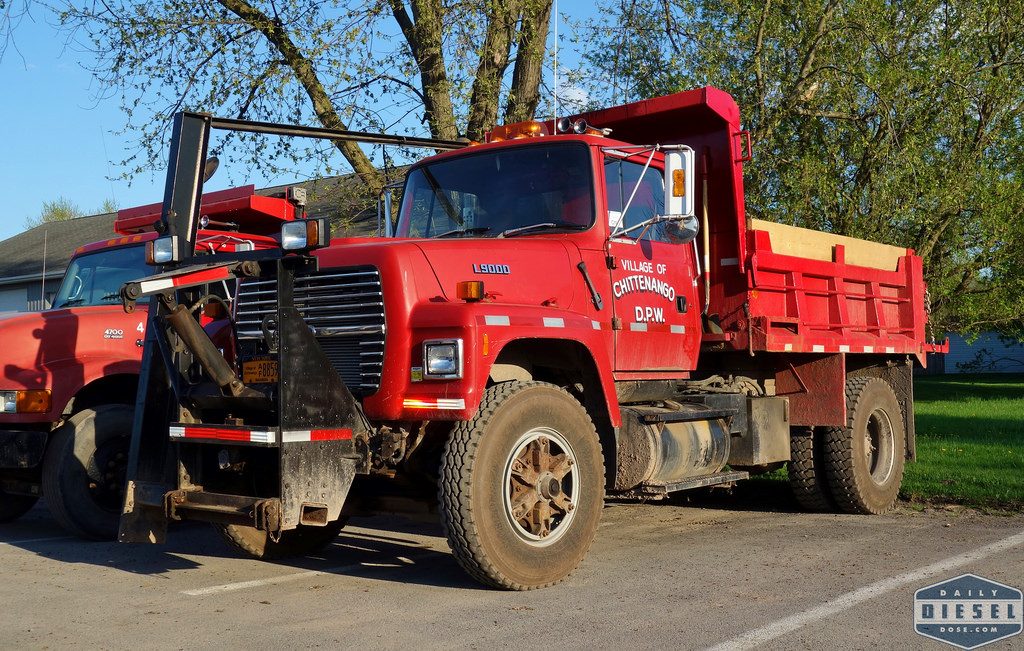 Heading to the auction lineup sooner than later we find one of the coolest trucks around, this International 2574 with Marmom Herrington AWD conversion. I know some of you out there like to pick up Syracuse trucks cheap and rehab them but I think you would have your work cut out for you with this one. 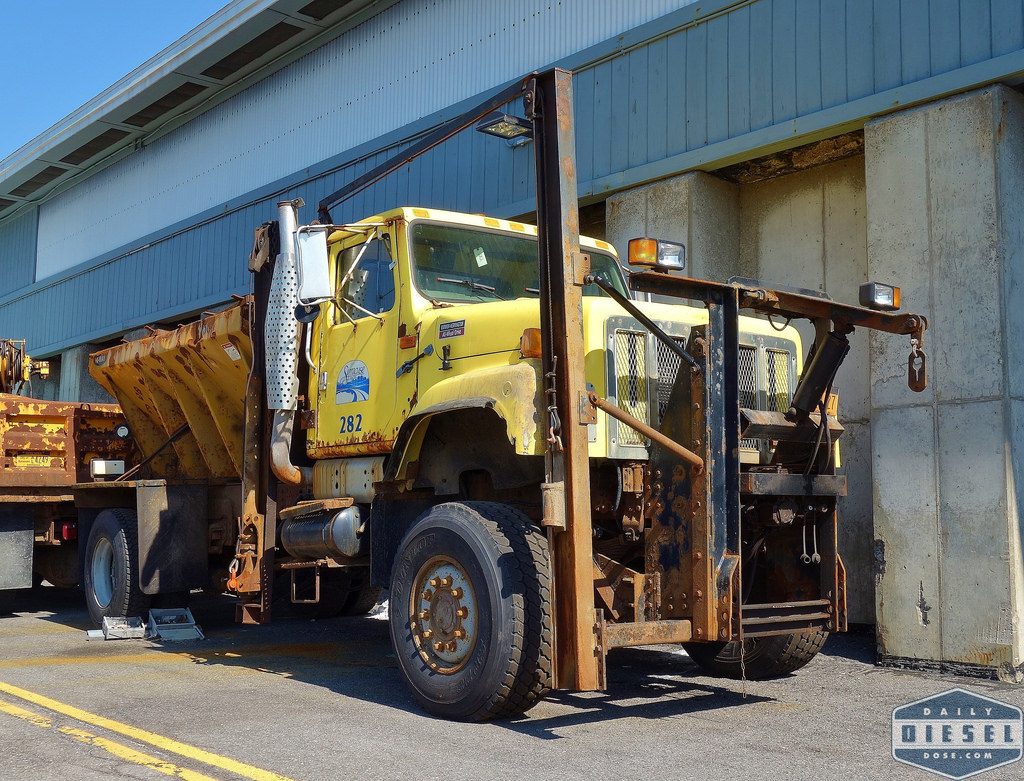 What do you think this Workstar will look like in twenty years? 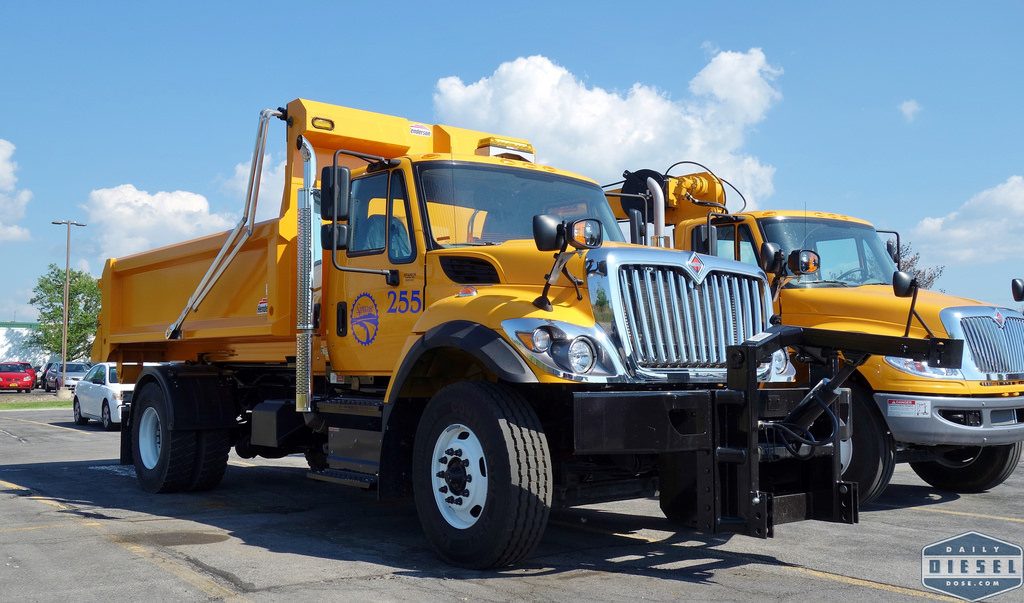 This entry was posted in Snow Plows and tagged vernon. Bookmark the permalink.