If you saw this truck in person while wearing sun glasses you’d would take them off in a dramatic fashion while uttering the curse word of your choice. At least that’s what I would probably do after taking seeing this 1980 DC-6366 for the first time. Setup for fire fighting duties at Marine super base Camp Pendleton this truck and its twin served for many decades. 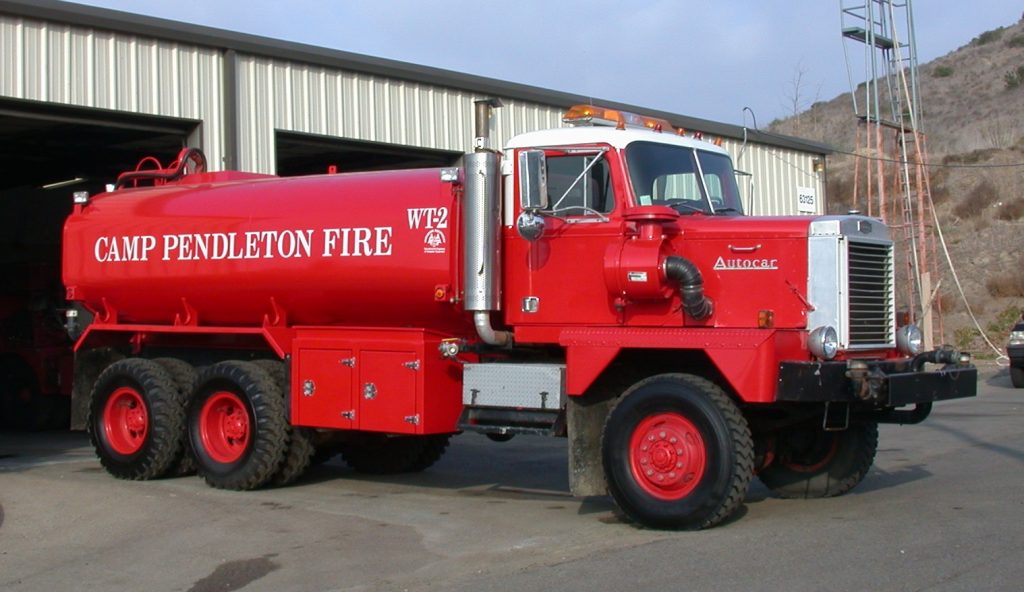 The 2000 gallon capacity water tanks on both trucks were built by Rosco and were equipped with a 50 gpm transfer pumps. 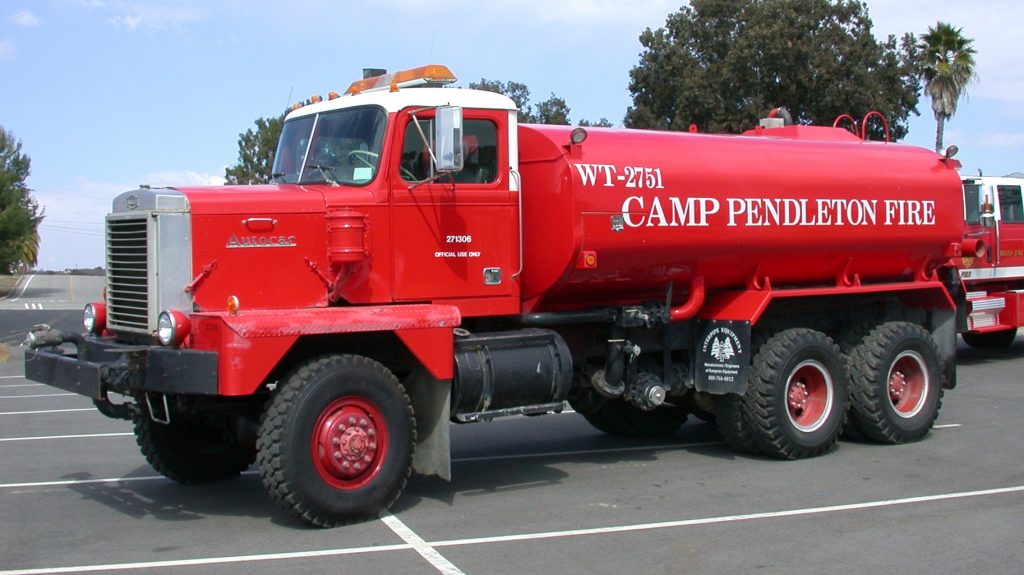 In the early 2000’s the trucks were overhauled and rebuilt by Interpipe, a company based out of Phoenix that specializes in water trucks for heavy construction sites. Current location is unknown but legendary Autocar toughness would dictate these trucks can still be found hard at work.

Thanks to Tom for sending in these great photos. Stop by his website, Emergency Vehicle Response, when you get the chance.

Do you have an Autocar you would like to see featured for Autocar Mondays? Email eric@dailydieseldose.com today!

This entry was posted in Autocar Trucks and tagged autocar dc-6366, camp pendleton. Bookmark the permalink.