It might seem hard to believe but many of the trucks that make up the classic truck shows we so enjoy were once the cream of the crop. The top of the line. The best of the best. They were equipped with the greatest technology of the time and were, in the case of fire trucks, the vehicles we trusted to save us in times of danger.

Today Hugh shares with us some shots of these bygone days. We’ll start with this Brockway tanker seen in North Conway, NH sometime in the 1970’s. Based on door decals it was most likely used for fire protection of the White Mountain National Forest. I love the twin gumballs on the roof. We can only speculate on it’s whereabouts now. 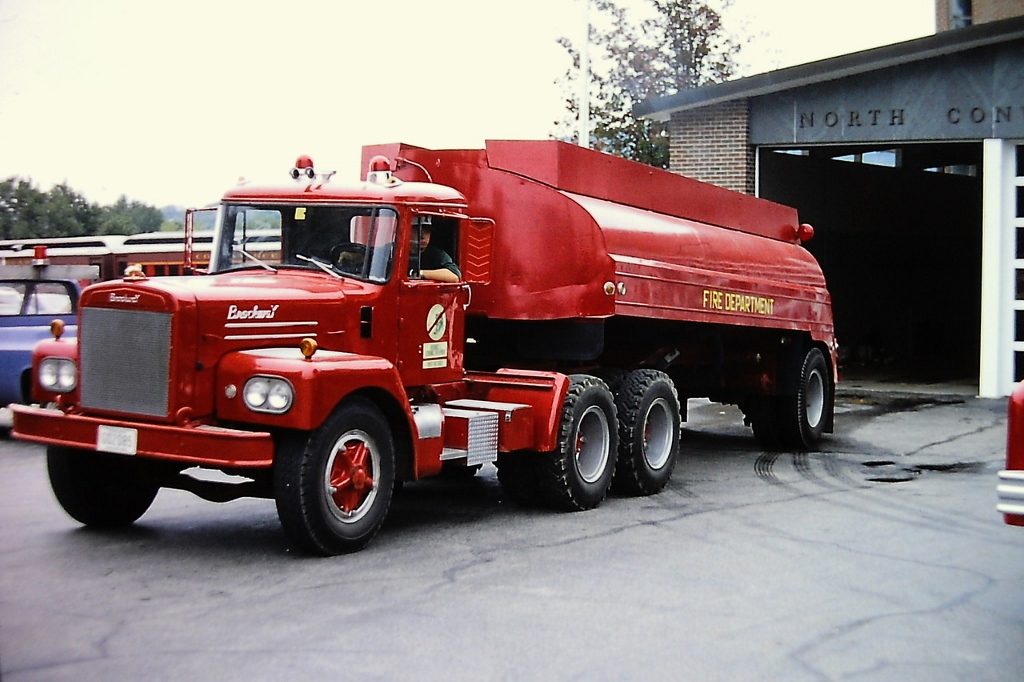 Sticking with the Brockways seen in the 70’s is this tanker from Flemingville, NY. As with the truck above final resting spot is unknown. 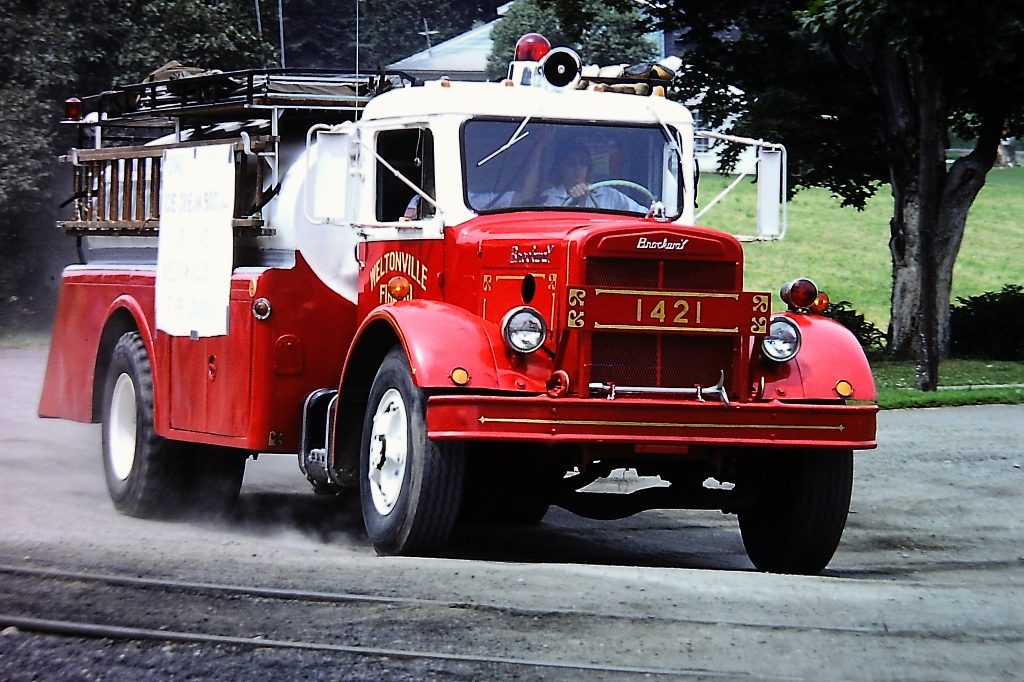 Moving a little closer to home for me we have some older Syracuse Fire Department trucks. Here we see the iconic 1965 Seagrave “anniversary series” rescue truck in the ever so popular yellow color adopted by the Syracuse Fire Department sometime in the mid to late 1970’s. At this time this truck was wearing the SR-1 (Spare Rescue) call sign. I’m not sure if that is the proper vernacular so please jump in if I’m wrong. In the back ground we can see the Everson Museum of Art which is stones throw away from Station 1 and the home of this truck. The best I can tell SR-1 is heading south on State Street in this photo. The massive A-Frame on the front of the truck allowed it to be connected to the department’s AWD trucks when necessary to climb the step hills that surround the city, a necessity during the winter months. 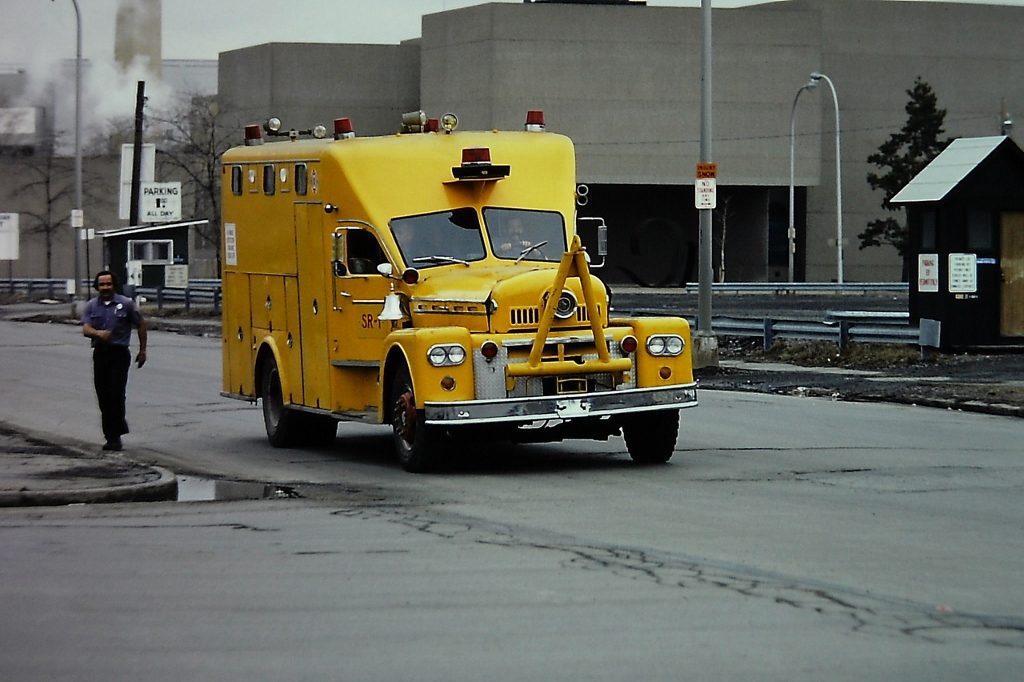 The city fire department was long time user of mini pumpers pretty much from the start of the fad to the very end. Here we see one of the original incarnations on a GMC chassis. In theory a mini pumper allows you to have more trucks for less cost than a traditional pumper. Results varied by department. Later mini pumpers for the department were built on the International S-Series and 4900 series chassis. The department has since returned to Ford Super Duty sized squad trucks and traditional pumper/ladder trucks. Again, forgive my fire apparatus ignorance. 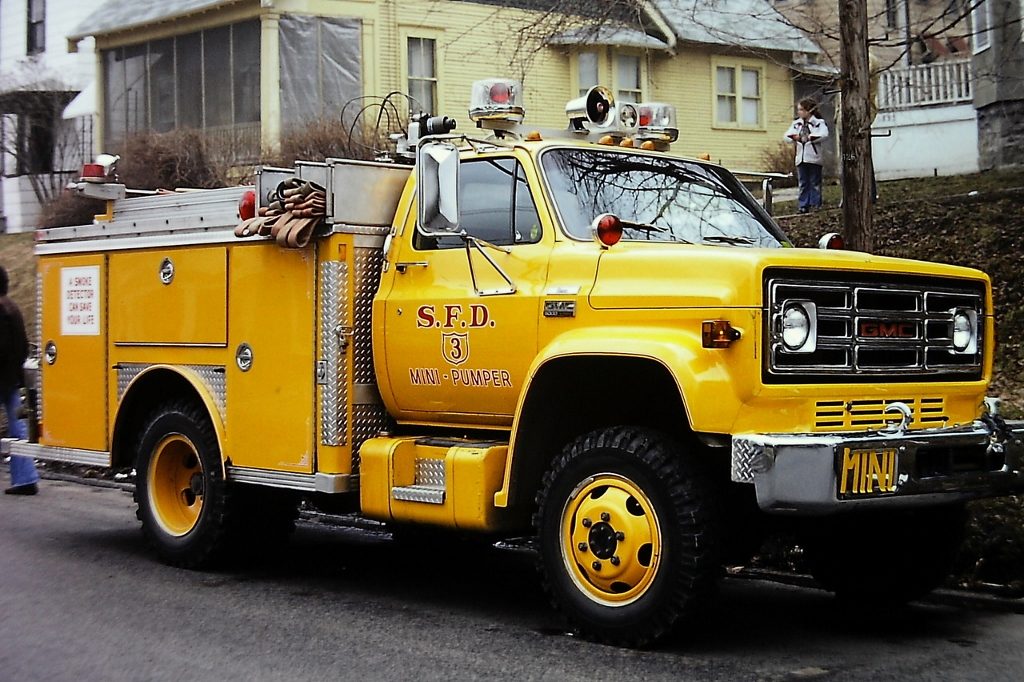 Speaking of changing times, the yellow color, along with mini pumpers, has faded into history with the department selecting traditional red for their vehicles. But that yellow hung around for a long time, well into the 2000 on a pair of AWD KME ladder trucks. I almost took a photo of one back in 2010ish but passed for some reason. Oh well! Anyway, here we a see a Pierce TeleSquirt mounted on a Hendrickson chassis. From what I can tell this truck is in front of Station 5 near the corner of Erie Blvd and Geddes Street. Most likely Detroit powered as any good fire truck should be. 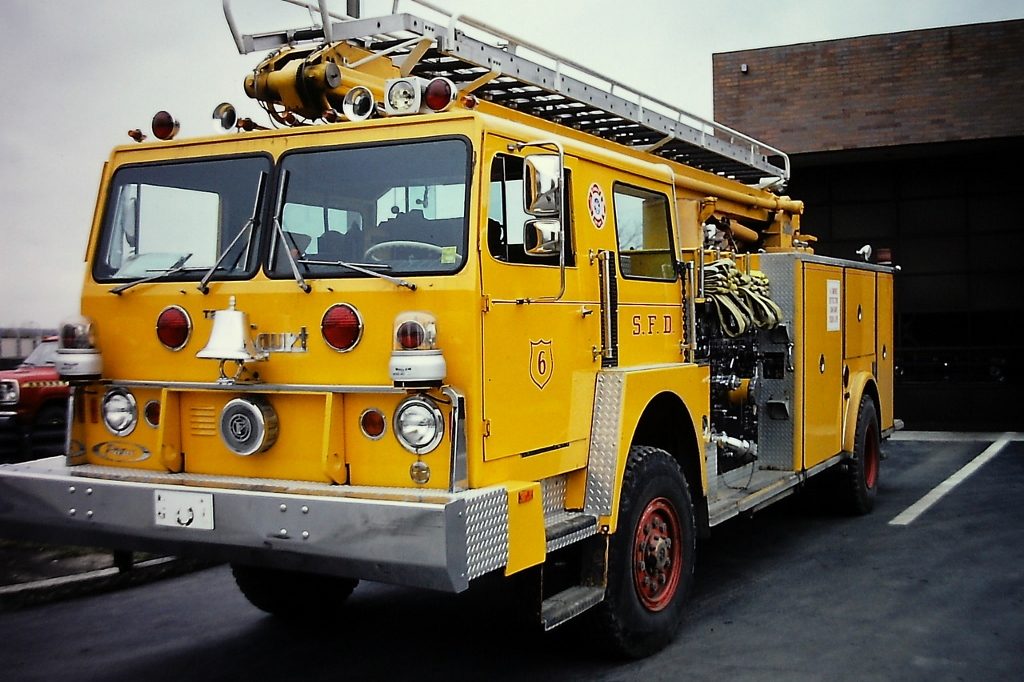 Thanks to Hugh for sharing these great photos. I can never get enough of seeing what my home town looked like back in the day.